Brazil: An Indsider’s Perspective on the World’s Largest Fragrance Market

If asked to describe the qualities of a Brazilian, one would certainly come up with “charismatic,” “laid-back,” “talkative” and “welcoming.” Would “someone that smells good” be at that the top of the list? Probably not.

But it should be. Brazilians take, on average, two baths per day, and in some of the country’s hotter regions, the number is double that. And with the refreshing feeling of bathing comes a habit intrinsicmto Brazilian culture, and which has only recently assumed a unique economic role: putting perfume or cologne on as a part the after-shower routine.

Looking at the market from the early 1990s until the end of the 2000s, one can see an organic growth cycle, marked by the presence of a few players who dominated the market, thus creating an olfactory environment, represented by a characteristic freshness, which is highly present in the Brazilian olfactory sensibility. This freshness typically consists of lavender, herbal, citric, baby and fougére scents that are incredibly striking and create “imprinting smells,” which are part of the Brazilian olfactory memory. All this contributed to the formation of the DNA of Brazilian fragrances in this phase.

This preference for freshness is stronger in Brazil due to the high temperatures experienced in this tropical climate, habits inherited from the indigenous peoples of Brazil, including the taking of various baths throughout the day to mitigate the heat, and the desire to prolong the sensation of after-shower cleanness.
To illustrate the actual volume of “body splash” consumed in Brazil today, each bath taken is followed by a new application of perfume/cologne, which is then carried in the purse or bag of the consumer over the course of their day for additional applications. This fragrance category—which is more affordable than other formats and comes in packaging that allows for high-volume application on skin, resulting in a strong fresh feeling—represents half of the market in terms of volume and 22% of the market in terms of value.

Looking at the early 2000s, the omnipresent lavender began to divide its space within the olfactory preferences of Brazilians little by little with other scents. Despite maintaining its importance in the body splashes market, international olfactory trends began to have a heavier influence on the local market. This was driven by the maturation of local leaders, the ascension of the lower and iddle classes, and the consequent access to travel and to new products.

Here one sees the influence of fruits, very present in Brazilian daily-life, begin to emerge, manifesting in the increasing presence of fruit fragrances, be they floral, oriental or chypre. While they represent a consolidated trend in the world of fragrances, fruity scents are part of local culture in Brazil, as the consumer has grown up surrounded by a rich selection of fruits, which come from various parts of the country. The olfactory response to fruits is familiar and well-accepted, but also has its particularities. Apple, peach, lychee and red fruits, are well-received in fragrances and are seen as sophisticated and exotic. On the other hand, fruits like papaya, pineapple, passion fruit and guava are part of the consumer’s daily life. When they are evidently present in perfumes, they don’t meet levels of sophistication that the category demands. It is also interesting to compare the relevance of flowers here, which are richly present and at the core of all fragrance creations, yet hardly present in the olfactory memory of Brazilians. Brazilians have few olfactory responses to flowers, as tropical flowers are primarily ornamental and have a relatively low olfactory impact, and thus are viewed as belonging to the gift-giving category. It is likely that, not having developed an olfactory link to flowers, Brazilians reject “soliflowers” and prefer comforting, elegant and softer floral bouquets in which flowers have a more abstract presence. Among flowers, orange blossom has historically has performed well in different structural arrangements. For example, there isn’t any clear rejection of white flowers, but rather a rejection of the constructions in which they predominate.

The olfactory profile of the Brazilian market has changed significantly. This occurred with the consolidation of oriental fragrances in men’s and women’s colognes and perfumes. Although they were initially used in a lighter manner by brands, over the course of the last decade oriental fragrances have moved closer to the oriental scents of mature markets, which are weeter, fruitier and more gourmand.

Reconfiguration of the Brazilian market has happened gradually and continuously over the last four years, including:
• The expansion of Sephora retail.
• Partnerships in the distribution of the celebrity fragrances from Coty and Avon (formerly Coty and Jequiti), and Avon and Korres.
• Natura’s acquisition of Aesop.
• L’Oreal’s expansion of Roger & Gallet.
• L’Oreal’s acquisition of Emporio Body Store (The Body Shop).
• Creation of L’Occitane au Brésil by L’Occitane.
• Return of Yves Rocher to the market.
• Return of Lush to the market.
• O Boticário becoming a group and entering into direct sales channels, imported retail (The Beauty Box) and makeup (quem disse berenice?).

Brands like Chanel, Guerlain and Hermès are now directly controlling the distribution of their brands by providing opportunities for local expansion, and seek to attract the Brazilian consumer, who travels to nearby countries such as Argentina, Chile and the United States to shop. Such strategies include bringing top stars to the country. Such was the case when Hermès promoted an open talk with perfumer Jean Claude Ellena (pictured), who disseminated the creative values of Hermès fragrances in Brazil.
Such movements are part of a market decentralization process, a characteristic of more mature markets. Another important aspect in the Brazilian fragrance market is the recent movements in premiumization,” leveraged by more demanding consumers, such as those who have more purchasing power, those who are more informed and those willing to pay more for quality products. This can be seen in market share gains with products like Lily Essence and Zaad from O Boticário, eau de parfum launches from Make B. (O Boticário) and Una from Natura, and through the sophistication of the retail distribution channels with the arrival and expansion of the Sephora and The Beauty Box chains. This has all been reinforced by proper and differentiated olfactory strategies.

With Make B., for example, the focus is on woody and floral scents with no notable presence of fruity notes. Natura’s Una employs a creative, elegant and comforting profile, almost like a second skin. It possesses an oriental fragrance far from the excesses of fruity and gourmand notes, valuing a more woody aspect. Natura’s Amó highlights wood and spices, while Lily Essence concentrates on the territory of elegant florals, both of which are comforting and long-lasting.

The consensual aromatics, traditionally fresh and woody, continue to predominate in men’s fragrances, with an increase in woody scents that employ more sophisticated and warm structures.
Such predominance has provided for the convergence of brands previously positioned in more highly demarcated olfactory and conceptual territories, with a minimizing effect on olfactory differentiation.

In the short term, due to consumption potential and the possession of a concentrated market (85% of the market share split between two players), Brazil presents itself as a promising alternative for the expansion of global brands, which will more heavily reinforce common olfactory territories in this market.

Local players have acted in olfactory territories proven to be well-accepted, as well as in new products strategies For example, the two most recent products released on the Brazilian fragrance market, if one considers the two market leaders, were Amó, released by Natura in 2010, and Coffee, released by O Boticário in 2009. Other movements have been done with flankers (disregarding makeup lines like Una and Make B.). At the same time, the attraction of global brands to the Brazilian market due to its size and scale gains has matured, with the possibility of local manufacturing and consequent fiscal gains.

Without a doubt, the future indicates growth in the premium segment—as soon as its distribution becomes a reality. Each cycle of the fragrance industry has had an increasingly smaller duration. In this cycle, national or international brands will need to develop their own olfactory territories. This should be done for at least a section of their portfolios or through the conception of new business, products and channels of distribution, which differentiate themselves from already consolidated olfactory territories by generating value, curiosity, closeness and dialogue with the consumer.

Olfactory innovations can absolutely occur in Brazil, be they promoted by admired and desired global brands or by local brands that have built a connection with consumers over the course of the last 40 years. What remains now is to surprise consumers with new alternatives that encourage loyalty to the brand and its fragrances, as after a period of wide experimentation and fun amid so many novelties, the more mature consumer is expecting more. 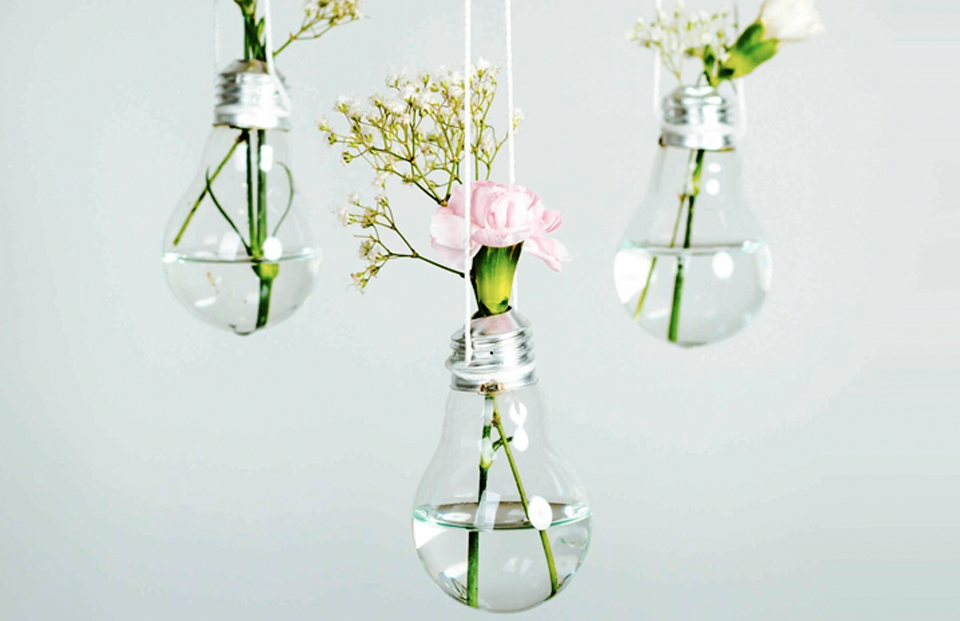 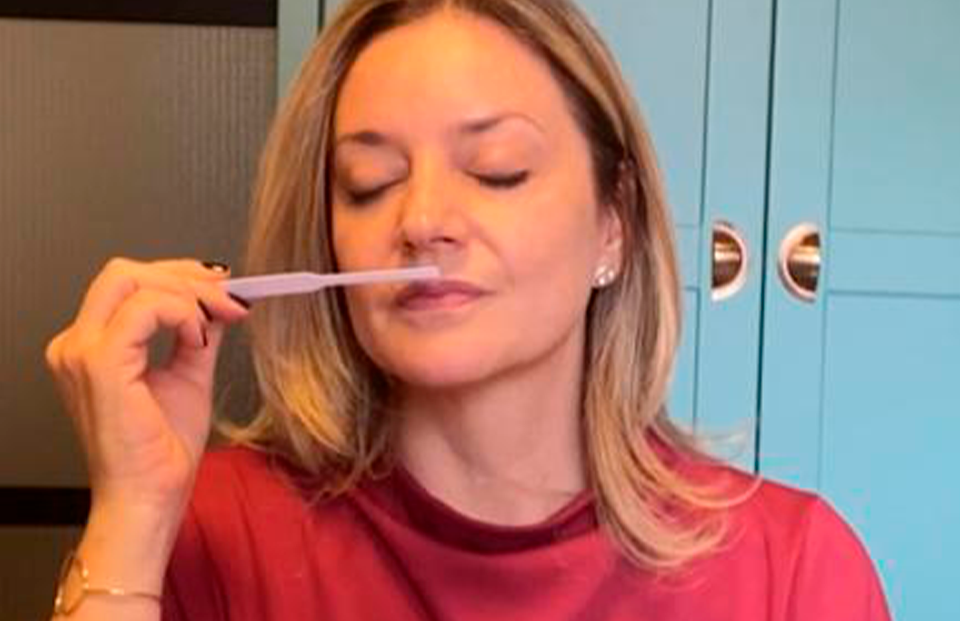 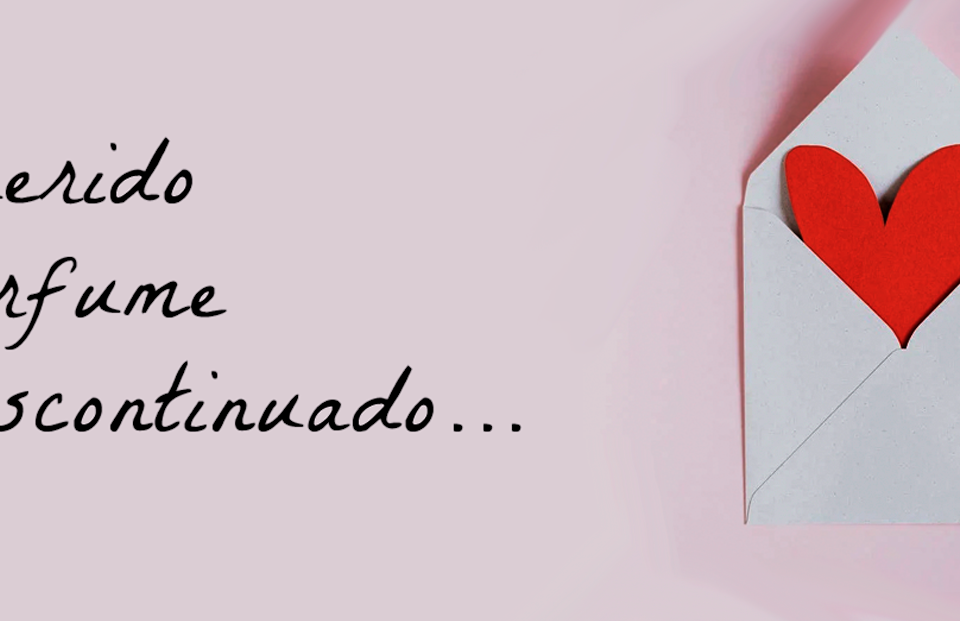 This website uses cookies to improve your experience while you navigate through the website. Out of these, the cookies that are categorized as necessary are stored on your browser as they are essential for the working of basic functionalities of the website. We also use third-party cookies that help us analyze and understand how you use this website. These cookies will be stored in your browser only with your consent. You also have the option to opt-out of these cookies. But opting out of some of these cookies may affect your browsing experience.
Necessary Sempre ativado
Necessary cookies are absolutely essential for the website to function properly. These cookies ensure basic functionalities and security features of the website, anonymously.
Functional
Functional cookies help to perform certain functionalities like sharing the content of the website on social media platforms, collect feedbacks, and other third-party features.
Performance
Performance cookies are used to understand and analyze the key performance indexes of the website which helps in delivering a better user experience for the visitors.
Analytics
Analytical cookies are used to understand how visitors interact with the website. These cookies help provide information on metrics the number of visitors, bounce rate, traffic source, etc.
Advertisement
Advertisement cookies are used to provide visitors with relevant ads and marketing campaigns. These cookies track visitors across websites and collect information to provide customized ads.
Others
Other uncategorized cookies are those that are being analyzed and have not been classified into a category as yet.
SALVAR E ACEITAR
Desenvolvido por